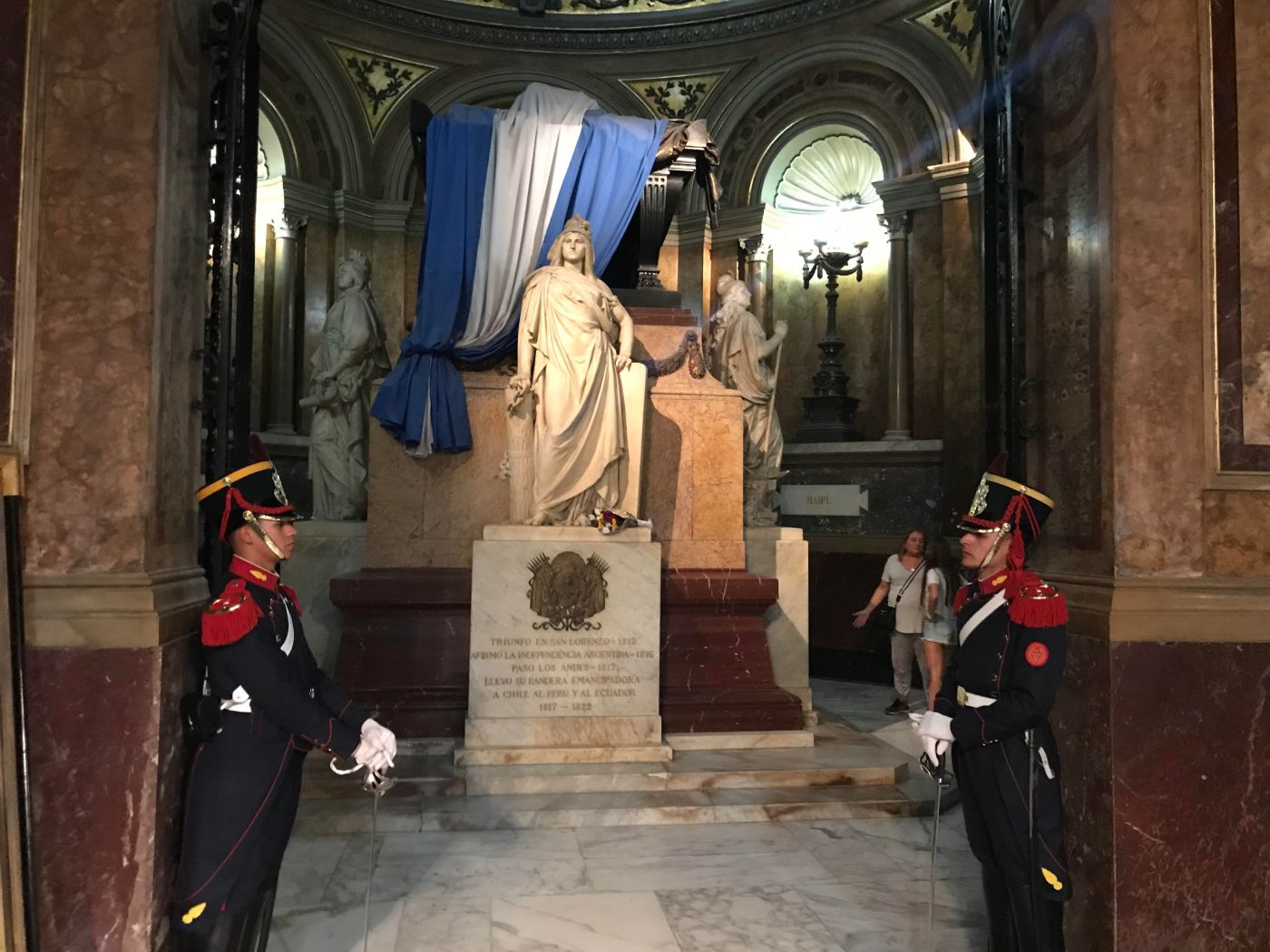 We have had the opportunity to learn a lot about Argentina and it’s history. One of the things we have been able to learn about and go see is the Catedral Metropolitana, which houses the tomb and memorial of the “George Washington” of Argentina and is guarded by two soldiers at all times.

José Francisco de San Martín y Matorras (25 February 1778 – 17 August 1850), known simply as José de San Martín or El Libertador of Argentina, Chile and Peru, was an Argentine general and the prime leader of the southern part of South America’s successful struggle for independence from the Spanish Empire. San Martín is regarded as a national hero of Argentina and Peru, and one of the Liberators of Spanish South America. The Order of the Liberator General San Martín (Orden del Libertador General San Martín), created in his honor, is the highest decoration conferred by the Argentine government.

This past week we were blessed to have 25 in the morning service and 28 in the evening service. Also this week Patrick Henry will be starting a new series for our midweek service going through all 66 books of the Bible, teaching about that book and what it teaches us.

Please continue to be praying for