We had another wonderful month on deputation. We were able to be a part of two missions conferences and had meetings in 4 states.

Province of the Month

Please be in prayer for the country of Argentina as protests continue for legalizing abortion and raising minimum wage in response to inflation.

We would like to invite church youth groups to the Our Generation Camp put on by Vision Baptist Church and Vision Baptist Missions. For more info go to ogcamp.org.
Prayer Requests
• For safety as we travel
• For meetings to fill our schedule
• For us to be a blessing to the churches we visit
• For continued spiritual growth
• For the missionaries and ministry in Argentina at Faith Baptist Church
• For 75 new supporters this year
For His Glory
Robert and Emma Becker 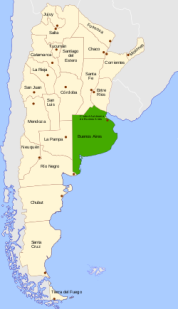