In 1892, two children in a village outside of Buenos Aires were brutally murdered. No one witnessed the murder. All suspicion fell on the children’s mother’s boyfriend, but he denied all claims against him. The only evidence was a bloody fingerprint found at the scene of the crime, and police decided to try to figure out to whom it belonged. The fingerprint did not match that of the boyfriend’s, but it did match the mother’s fingerprint. When police confronted her, she confessed to the murder. This became the very first time that a crime was solved utilizing fingerprinting.

We traveled back up to Ohio this last weekend for a fantastic meeting at a church near Dayton. Robert got to teach the teen Sunday School class as well as preach and present in the evening service. Thankfully, we made it back down south before the snow came. Praise the Lord for one new supporter this week!

In honor of Veterans Day, we want to say thank you to all those who have served our country. We are grateful for the freedom and liberty we have in the United States! So many people in this world are oppressed by their government. But even more heartbreaking are all those of this world, including in our own country, who are held by the bondage of sin. Only through Jesus Christ can they have true freedom. 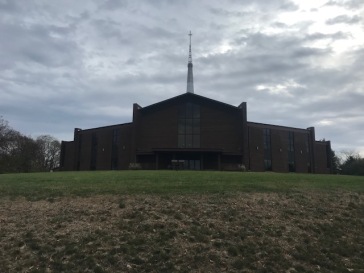